A bottle of W.L. Weller 12 Year Bourbon is like tickets for Hamilton on Broadway: hard to find but well worth the wait. Weller 12 year has skyrocketed in both popularity and price in recent times. From the numerous awards it has won over the years, that's not entirely surprising. But Weller 12's popularity is also part of a larger trend in liquor which is affecting whisk(e)y sales around the world. We are in the middle of what Fortune calls "The Billion-Dollar Bourbon Boom." From 2009 to 2014, bourbon sales increased at an unexpected rate of 6.75% per year - three times the sales increase from 2002 to 2007. Now, in 2016, bourbon remains a trendy purchase for millenials. Everyone wants to get their hands on a bottle of quality bourbon, and Weller 12 is an excellent bet.

From the rich amber hue to the elegant bottle, Weller 12 stands out on a shelf with an air of understated grace. This wheated bourbon (meaning its mash bill contains wheat instead of rye) has a soft yet bold flavor. Pop it open to experience what Buffalo Trace Distillery calls "aromas of lanolin, almond, creamed corn and toasty vanilla." 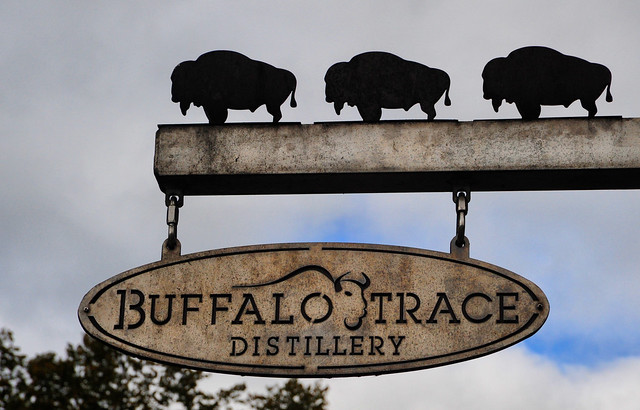 Buffalo Trace is about as all-American as you can get. Benjamin Harrison Blanton started distilling whiskey on the site in 1811, when Kentucky was still new to the union. Over the course of a century and some change, the distillery changed owners and names many times. It endured a fire, flooding, and prohibition, during which the distillery was allowed to remain open to produce "medicinal whiskey." It was rechristened "Buffalo Trace" in 1999 for the local railway line that had followed the tracks of migrating bison centuries prior. The distillery continually produces great products, from the eponymous Buffalo Trace Bourbon to the coveted classic: Pappy Van Winkle. Weller 12 is a strong part of Buffalo Trace's team of bourbons, and one that should satisfy the palates of both connoisseurs and casual liquor enthusiasts.

So now you're convinced: you need to try this bourbon. The only problem is that you've never seen it in a store before. Weller 12 is so hard to come by because Buffalo Trace only puts out a limited number each year. What's more, the current batch of bourbon was placed in barrels 12 years ago - well before the recent Bourbon Boom piqued the interest of so many people. Weller 12 is aged far longer than other wheated bourbons and the distillery puts a lot more care into the overall quality of its product, rather than the quantity they put out every year. This attention shows - many people compare it to Pappy Van Winkle, the even more elusive Buffalo Trace bourbon with a cult-like following. So while Weller 12 might be somewhat scarce right now, it is certainly worth the wait.

You have a few options to track down a bottle of Weller 12:
1. Check online retailers.
Since only a few Weller 12's are released every year (though that number is slowly increasing according to the AMA Buffalo trace did on Reddit), you may have to do some searching to find a retailer that has it in stock. However, some stores offer a chance to click and join the waiting list, which will alert you when the product comes back in stock.

2. Live in Texas (No, really)
According to Reddit user /u/cookmundo, "W.L. Weller has always been a steady seller in Texas. The Weller 12 was sometimes out of stock, but it could always be found in small, out-of-the-way liquor stores. The main reason it doesn’t sell even more is that the predominant taste in many parts of the state, for reasons that aren’t clear to me, is Canadian Crown Royal." So for all you Texans who want to pick up a bottle of Weller - you're in luck! For those of you who don't live in the Lone Star state, you're better off searching for a bottle online.

Don’t bother coming to Texas to find it. I live here and have looked extensively for it. Not here. Save yourself the trip!